If you get a middle part in dark grey, that is OPTIONAL to use WITH or WITHOUT it! 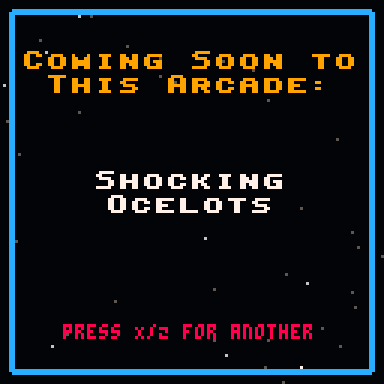 It's a random arcade game name generator -- press RIGHT ARROW to generate a new one! PRESS LEFT ARROW to go back through previous names it made. (NOTE: Please excuse any offensive combos -- hard to detect 'em!)

So in the game Anachronox, there was an arcade on the planet Hephaestus. I made a random arcade game name generator (for a sign in an arcade). It announced new games coming to the arcade, but just made up random silly ones.  Every time you clicked on the sign, it made up a new one, just or silly fun. 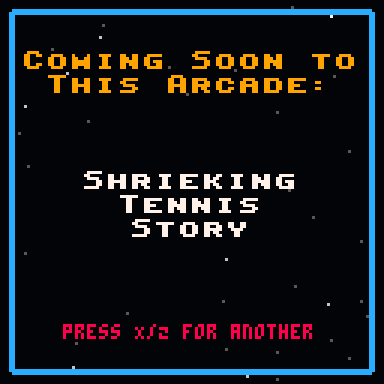 Hope you enjoy it!  Let me know if there are any (family-friendly) words you want added!

NOTE: I could define "productions" which would make perfect titles every time. HOWEVER, I've left it intentionally loose to get a) the flavor of badly-translated titles and b) to allow emergent crazy titles that strict rules would eliminate and that would be sad.  Enjoy the crazy with the sensical!

UPDATED JULY 18 for another typo fix.

The games writes itself! :)

Guns of Warlock. This is already going good, can't wait to submit!

Nice!  Will look forward to it!

IT IS THEIR CALLING

THE GEESE MUST DANCE

Idk how it works but I took screen shot and I am making game based on it.

Yep, that's it -- just run RNDGAME, get it to generate a name you like, then make that game!

You can post that screenshot to Twitter with #rndgame2021 hashtag if you want. Some folks are sharing their fun names.  (Can also share them the name thread in Community posts for the jam.

That is... assuming you got here through the RNDGAME JAM!

Wow, This is like a personal game jam and a good laugh!

This is so much better than every other game name generator I've seen. I wanna do the jam.

Aw thanks! I worked A LOT on it. Welcome!

I was laughing aloud scrolling through them. You should link to the jam from this page too, I don't think I'll be able to participate in this one while I'm prepping for a release, but I am very tempted.

OKAY FOLKS! A NEW VERSION OF RNDGAME was just uploaded with a LOT of new words! Enjoy!

I got "Name Of Protector"!

I got Bloodborne lmao

Haha, funny, but don't use "real" names that can get generated! :D

Well, it's used and wiggly, but will do the job.

It is you.  Hell yes.  Hey.  About Commander Keen.  The franchise rights.  Sorry they're unobtainable.  At the moment.  Why?  Commander Keen's you.  Basically.  Your childhood.  Hard to dismiss.  Creating another franchise?  Is that possible?  Apologies for bothering.  Just surprised.  Celebrities on itch.io.  Doesn't happen often.

yeah may just have to move on and make me but new.....

Always wondered.  This current trend.  Always about childhood.  Why not adulthood?  In this case.  Yours.  Your life story.  As a game.  How about this.  The player character?  A sage.  One who teaches.  Teaches kids.  From decades experience.  The inspiration?  You.  It's like this.  Remember Deckard Cain?  From Diablo?  That kinda sage.  But he's you.  Will that work?

Reply
View more in thread
Hyperlink Your Heart2 years ago(+1)

I would definitely want to learn more about a game called that.

Reply
Hyperlink Your Heart2 years ago

Quest of Ladder. Hmm, maybe I should have called my game that...

Pirate Complex it is!

I want to make so many of the wacky games this generates. Of all the game idea generators I've come across this is honestly the most inspirational. I'm so glad you didn't stop it from generating nonsensical names.

Yeah thanks! I could’ve easily with “productions” — thanks,  compilers class in college — but wanted to have emergence plus nutty names like they were badly translated, too.

Hey, good to see another Pico 8 release :) I found myself writing down nearly every name before I realised this almost consistently generates legit sounding names! And decent inspiration for game ideas! I got to 20 before I had a nonsensical one. Here's some of my favourites and what they would be:

Warlock Faction Frontiers: A fantasy themed strategy game where a colony of magic users make a settlement in an undiscovered land.

Treehouse of Terror: a retro point and click done in the style of Maniac Mansion.

The Prehistoric Shock Run: Already been made! https://www.pixeljam.com/dinorun/ (Ok, being re-made, looks like they took down the original in favour of a crowdfunding campaign for version 2)

Screaming Detectives:  I laughed out loud. This could go so many ways. I like to think they solve mysteries, but as soon as they see the crime scene, they scream out loud. Wait, I think I just described Scooby and Shaggy...

Heh those are great!

"The Bad of the Cross". Ok then. Sounds like an Eastwood spaghetti western. I'm all in.

See, those crazy titles sound like mistranslated games. It's great.  Also, you get emergent combos by playing it loosey goosey.

Haha.  I like how it makes malformed titles because a) you get the feel of badly-translated titles and b) there may be emergent titles that strict rules would cull out, and that would make me sad!

True! Like the lack of "The" or "ing" in Call of Farm. It's grammatically terrible, and yet so... wonderful. I can just see basically the "proud of myself" meme stick figure in the middle of a field of wheat with a title like that.

Easily your second best game industry innovation. Nothing will ever surpass the Dopefish. :) 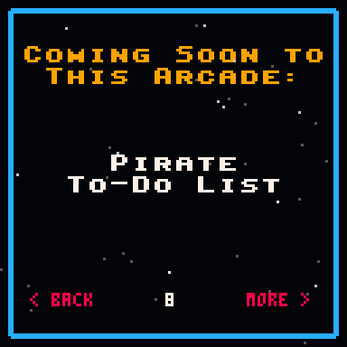 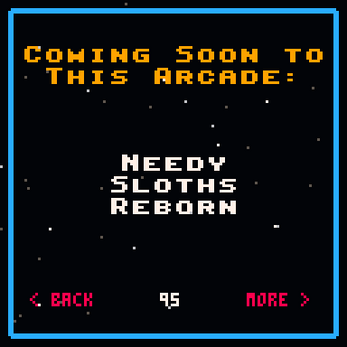 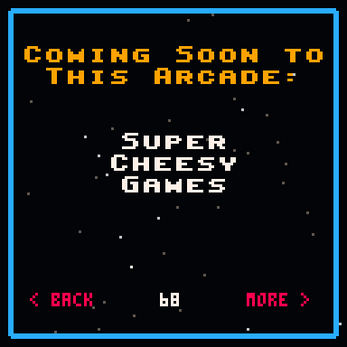 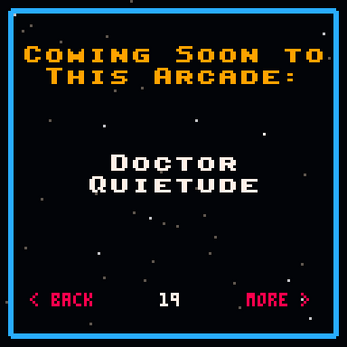